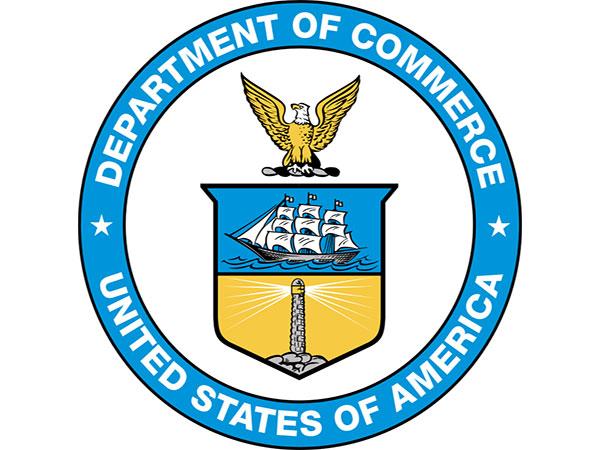 Washington (US), April 30: The U.S. economy grew at an annual rate of 6.4 percent in the first quarter of 2021, the U.S. Commerce Department reported Thursday.
"The increase in first quarter GDP (gross domestic product) reflected the continued economic recovery, reopening of establishments, and continued government response related to the COVID-19 pandemic," the department's Bureau of Economic Analysis said in the "advance" estimate.
The increase in real GDP in the first quarter reflected increases in personal consumption expenditures, non-residential fixed investment, federal government spending, residential fixed investment, and state and local government spending that were partly offset by decreases in private inventory investment and exports, the report showed. Imports, which are a subtraction in the calculation of GDP, increased.
"Easy monetary policy, federal government spending to ramp up vaccinations and a surge in incomes enabled by emergency aid and two rounds of stimulus checks pushed consumer spending up at a double-digit pace," Diane Swonk, chief economist at Grant Thornton, a major accounting firm, wrote in an analysis.
Business investment, meanwhile, continued to post "solid" gains but "at a slower pace" as firms scrambled to adopt existing technologies and upgrade their equipment, Swonk noted.
The largest, single drag on growth was inventories, which plummeted in response to the surge in consumer spending, she continued, adding that alone shaved 2.7 percent from overall GDP growth.
"The biggest hurdles during the first quarter were regional outbreaks and the lingering surge in infections that accompanies them," Swonk said. "The ability of the economy to fully heal is still contingent upon our ability to contain the spread of the virus now with vaccinations."
The 6.4-percent quarterly growth came after the economy saw a 3.5-percent contraction amid the COVID-19 pandemic in 2020.
According to the International Monetary Fund (IMF)'s latest estimation, the U.S. economy is expected to grow by 6.4 percent this year, 1.3 percentage points up from the January estimation.
U.S. President Joe Biden on Wednesday night officially introduced the American Families Plan, a 1.8-trillion-U.S.-dollar spending proposal focused on childcare and education, just a few weeks after proposing a 2-trillion-dollar infrastructure plan, noting that with a corporate tax hike and increased tax for the wealthiest, all investments he proposed would be fully paid for over the next 15 years.
The two major spending proposals, which came on top of a 1.9-trillion-dollar COVID-19 relief package rolled out in March, could lead to an overheated economy, ballooning federal debt and rising interest rates, economists have warned.
Former U.S. treasury secretary Larry Summers recently repeated his inflation fears, warning that massive fiscal support could push up inflationary pressures, and risks nowadays resemble those seen in the 1970s.
U.S. Federal Reserve Chairman Jerome Powell reiterated on Wednesday that if inflation picks up in a more sustained way, the Fed will be prepared to use its tools to deal with it.
After a two-day policy meeting, the Fed on Wednesday pledged to keep its benchmark interest rates unchanged at the record-low level of near zero, while continuing its asset purchase program at least at the current pace of 120 billion dollars per month until the economic recovery makes "substantial further progress."
Powell noted that the U.S. economic recovery "remains uneven and far from complete," while it has progressed more quickly than generally expected.
Jason Furman, former chairman of the Council on Economic Advisers and a senior fellow at Peterson Institute for International Economics, laid out "two bad scenarios" that worry him.
The first is "overheating" if supply does not fully return but demand more than fully returns, Furman said on Twitter Thursday afternoon.
The second, he continued, is "we get back to trend output but not trend employment because wages are higher but fewer people hired and those that are more productivity."
Souce: Xinhua