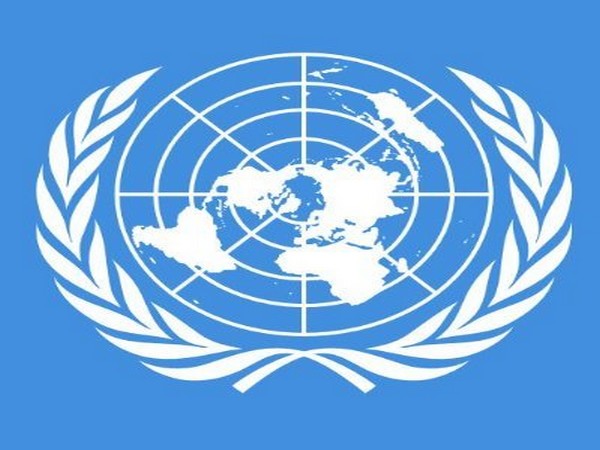 United Nations, September 11: United Nations Secretary-General Antonio Guterres on Friday launched Our Common Agenda, a landmark new report, setting out his vision for the future of global cooperation and ushering in UN 2.0 era featuring "multilateralism with teeth."
"On almost every front, our world is under enormous stress. We are not at ease with each other, or our planet. COVID-19 is a wake-up call - and we are oversleeping," the top UN official told a meeting of the General Assembly to hear his briefing on his recommendations to advance the common agenda and to respond to current and future challenges.
"We need a UN 2.0 that can offer more relevant, systemwide, multilateral and multi-stakeholder solutions to the challenges of the 21st century," the secretary-general said, adding that "this transformation will be based on a quintet of cross-cutting issues: data; digital innovation; strategic foresight; behavioral science; and performance and results orientation."
Celebrating its 75th anniversary of founding last year, the United Nations prompted major internal discussions about its future, and a new direction away from the post-World War Two consensus of its early days. These reflections have resulted in Our Common Agenda.
The secretary-general launched this report, prefacing his remarks with a scathing overview of the parlous state of the world.
"From the climate crisis to our suicidal war on nature and the collapse of biodiversity, our global response is too little, too late," declared the secretary-general. "Unchecked inequality is undermining social cohesion, creating fragilities that affect us all. Technology is moving ahead without guard rails to protect us from its unforeseen consequences."
The UN chief went on to describe the extensive consultations that fed into the world body's development, a listening exercise that led the UN to the conclusion that enhanced multilateralism is seen as the way to deal with the world's crises.
Two contrasting futures are laid out in the report: one of breakdown and perpetual crisis, and another in which there is a breakthrough, to a greener, safer future.
The doomsday scenario describes a world in which COVID-19 is endlessly mutating, because rich countries hoard vaccines, and health systems are overwhelmed.
In that future, the planet becomes "uninhabitable" due to rising temperatures and extreme weather events, and a million species are on the brink of extinction.
This is coupled with a continuous erosion of human rights, a massive loss of jobs and income, and growing protests and unrest, which are met by violent repression.
"Or, we could go the other way, sharing vaccines equitably, and sparking a sustainable recovery in which the global economy is retooled to be more sustainable, resilient, and inclusive," according to the report.
By decarbonizing the economy, global temperature rises would be limited, countries heavily affected by climate change would be supported, and ecosystems would be preserved for future generations, the report says.
This approach will herald a new era for multilateralism, in which countries work together to solve global problems; the international system works fast to protect everyone in emergencies; and the United Nations is universally recognized as a trusted platform for collaboration.
"To ensure that we get to live in a world in which the breakthrough scenario dominates," the report makes a series of key proposals.
The importance of protecting vulnerable groups is recognized in commitments to gender equality and leaving no-one behind, which include reinforcing social protections and promoting gender parity.
Ensuring a more sustainable global economy is identified as a goal, with support for the poorest, and a fairer international trading system.
Climate action gets a special mention, with commitments to the goal of limiting warming to 1.5 degrees above pre-industrial levels, and net zero carbon emissions by 2050, and end to fossil fuel subsidies, a transformation of food systems, and a package of support for developing countries.
The perennial issues of peace and security are addressed, with the report calling for a "new agenda for peace," involving more investment for peacebuilding, support for regional conflict prevention, a reduction of strategic risks such as nuclear weapons and cyberwarfare - and a dialogue on outer space to ensure that it is used peacefully and sustainably.
Linked to the security issue are commitments to international justice; the application of human rights online, as part of a Global Digital Compact, and a step up in the fight against corruption, in a bid to build trust in institutions.
One of those institutions is, of course, the UN itself, which, says the report, is due an upgrade, with a more participatory and consultative approach, gender parity by 2028, the re-establishment of the secretary-general's Scientific Advisory Board, and a policy that puts people at the center of the UN system, taking into account age, gender and diversity.
Other proposals concern the improved participation of youth in the political process and efforts to cut youth unemployment; better partnerships between governments, multilateral organizations, the private sector, and civil society; and an emergency platform to better prepare for global crises, with stronger global health security.
As the United Nations embarks on the Decade of Action - 10 years to make real progress to deliver the promise of a sustainable, fairer future by 2030 - there is an opportunity to reshape the world for the better, with multilateralism at the heart of the process.
However, as the "breakdown scenario" shows, failure to work effectively together risks significant, irreversible damage to the planet and even, life itself. In his speech to the General Assembly, Guterres underlined that Our Common Agenda is driven by solidarity, "the principle of working together, recognizing that we are bound to each other and that no community or country, however powerful, can solve its challenges alone."
At a press conference held after the General Assembly meeting, Guterres told reporters that "we need multilateralism with teeth."
"We need immediate action to protect our most precious global assets, from the oceans to outer space, and to deliver on our common aspirations: peace, global health, a livable planet," said the secretary-general.
Source : Xinhua