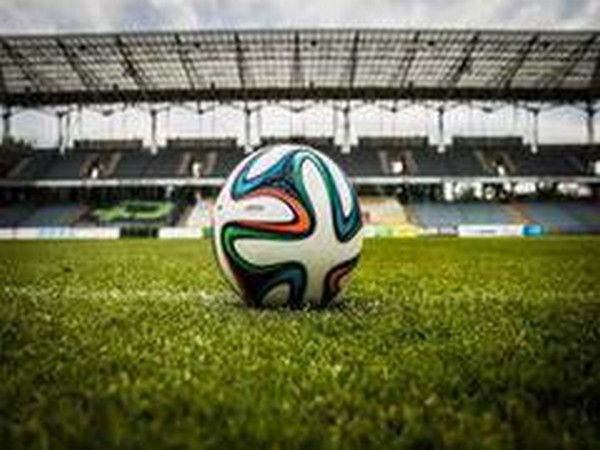 Madrid (Spain), August 23: Real Madrid were held to a 3-3 draw away to Levante on Sunday in a chaotic and entertaining game in Valencia, which highlighted that Carlo Ancelotti's side needs to tighten up in defense.
Gareth Bale opened the scoring for Madrid in the fifth minute after good work from Karim Benzema, but Levante turned things around at the start of the second half thanks to Roger Marti, whose shot had enough power to beat Thibaut Courtois, and Jose Campana, who scored an excellent volley in the 55th minute.
Vinicius Jr equalized in the 74th minute, but the Real Madrid defense went missing four minutes later to allow Rober Pier to score from close range after a free-kick.
There was still time for more drama as Vinicius' second of the game made it 3-3 with five minutes left and Levante keeper Aitor Fernandez was sent off in the 87th minute, meaning defender Ruben Vezo had to go in goal for the last three minutes and six minutes of injury time.
Vezo may have expected Real Madrid to lay siege to his goal, but the defender was relatively untroubled in those nine minutes.
Atletico Madrid made it two wins from two games but found it harder than expected against Elche in the first game with fans back in the Wanda Metropolitano Stadium since March 2020.
New Atletico signing Rodrigo de Paul was decisive in the win, after gaining possession in the middle of the pitch and then setting Angel Correa up to score the game's only goal.
Correa has scored all three of Atletico's goals in the new season, once again justifying Diego Simeone's decision to start him ahead of Luis Suarez.
Memphis Depay's first goal for FC Barcelona saved a point for his side after they had been outplayed for 70 minutes by Athletic Club Bilbao on Saturday.
The first half saw Athletic take the game to Barca, with Oihan Sancet hitting the Barca bar, before Gerard Pique limped off for Barca with a calf injury.
Araujo miraculously cleared off the line from Alex Berenguer in the first minute the second half, but Athletic got their reward when Inigo Martinez headed in from a corner.
Frenkie de Jong came into the game in the last 20 minutes, and after hitting the bar, his pass set up Memphis for a 76th-minute equalizer, although in the last minute of the game Barca were reduced to 10 men when Eric Garcia was sent off for a professional foul for bringing down Nico Williams when the Athletic Club forward was lean through on goal.
Real Sociedad claimed their first win of the season thanks to Mikel Oyarzabal's second-half penalty which gave them a win they just about deserved against a well-drilled Rayo Vallecano.
Chinese striker Wu Lei had a last-minute "goal" ruled out for handball as Espanyol drew 0-0 at home to Villarreal, while there was also late drama in the 1-1 draw between Granada and Valencia as Granada had what they thought was a winning goal ruled out for offside in injury time.
Granada took the lead in the 16th minute through Luis Suarez, with Valencia leveling thanks to a Carlos Soler penalty in the 88th minute. Meanwhile, Valencia striker Maxi Gomez had to spend Saturday night in hospital after a clash of heads.
Fer Nino celebrated his debut at Mallorca after joining on loan from Villarreal, with an 80th-minute goal that gave his side a 1-0 win away to Alaves. who played the last 25 minutes with 10 men after defender Ruben Duarte's red card.
The round of games began on Friday night as Betis and Cadiz drew 1-1.
Monday sees the last two games of matchday two with Getafe entertaining Sevilla, while Osasuna are at home to Celta Vigo.
Source: Xinhua