Portugal is not only Ronaldo, says Low 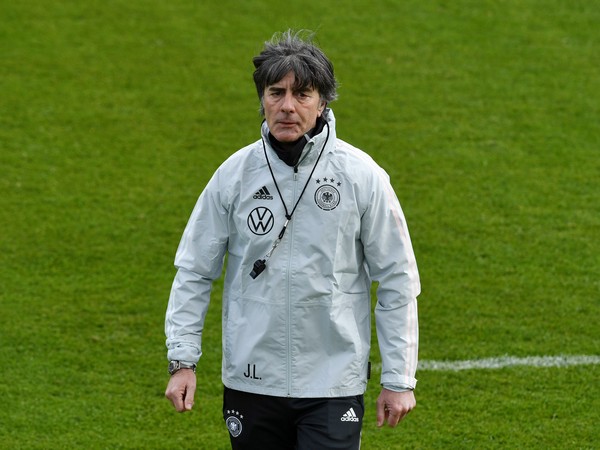 Lisbon (Portugal) June 19: Joachim Low announced tactical and line-up changes ahead of Germany's second Group F encounter at the Euro 2020 against Portugal this Saturday in Munich.
"We have to change some things as we intend to play more open, with a more dynamic approach and to keep ground in dangerous spaces," the German coach said.
Low spoke of increasing pressure after his team's defeat against 2018 World Champion France in its tournament opener.
The German coach has spotted "a great determination and a strong will to win this game."
Low spoke about intense video sessions and one-to-one talks with his players. "We have laid out to players what improvements are necessary, and they understood."
Germany's attacking game needs to improve, and players know about new solutions now, Low added.
"Portugal is a well-oiled team playing together for some time. They are hard to control as they other than France count on various combinations. It's a team with many exceptional qualities," the 2014 World Champion team coach stated.
Low is expected to call for Bayern striker Leroy Sane to replace Chelsea's Champions League winner Kai Havertz in his front line next to Timo Werner, who might replace Serge Gnabry.
Germany is expected to stick to a back-chain of five, with Joshua Kimmich covering the right side as a full-back.
The Bayern midfielder spoke of Low full of energy giving the team a "significant motivation boost. But we know it's on us players to get things done on the pitch. This game is a game we desperately want to win."
2020 treble winner Kimmich called for "more courage in our game."
Portugal coach Fernando Santos said Germany's narrow 1-0 defeat against France "doesn't mean much. It's going too far to see us as the better team from the start. We don't take them lightly."
The 66-year-old said Germany is among the 4 to 5 leading teams in Europe. "They have several players that can unlock a game," Santos commented.
The Portugal coach said his team is convinced to find answers and win the game as it is a "key game" for his colors.
The 2016 European Champion won its first match against Hungary 3-0. Santos said Portugal's value is the team, as "Ronaldo can't win a game on his own."
Citizen defender Ruben Dias said Portugal is aware of meeting one of the best teams of the Euro 2020, adding that "But we are one of the best too, and we are focused on winning the game."
Dias said he had contacted his club teammate and German international IlkayGuendogan. "I talked to him, nothing philosophical. I just wished him luck, and he did the same," the 24-year-old told media.
Source: Xinhua