Official teaser of 'The Secret Pocketmaar' to release on July 16 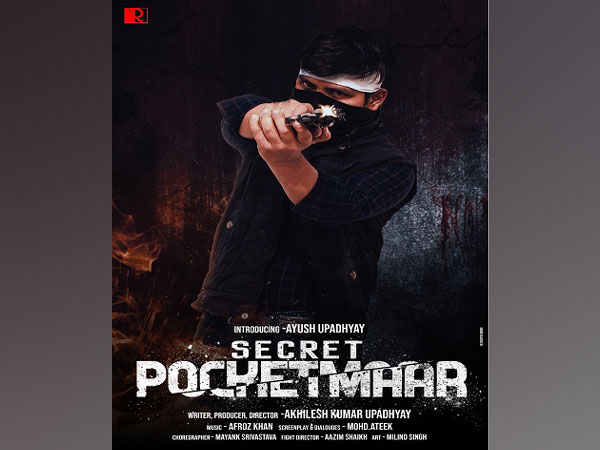 New Delhi [India], July 15 (ANI/ThePRTree): The official teaser of Hindi feature film, 'The Secret Pocketmaar' will be released on Friday, July 16 at 9 am on Photofit Music Company YouTube channel.
The intriguing teaser gives fans a closer look into Aayush Upadhyay's new look and he can be seen performing the role of a suspicious character that will keep the audience enthralled till the end. The teaser did create intrigue around the film's plot.
Produced under renowned production house, Radhe Mohan films, the direction of the movie has been done by talented director Akhilesh Kumar Upadhyay. The story is written and directed by Mohd Ateek. The producer has also revealed that a major portion of the film is done and also the film's post-production work is complete.
Aayush Upadhyay can be seen playing the lead role in the film. Starting his career in film fraternity, Aayush is making his debut and has worked hard for this project. He has previously worked in some major film projects as a child actor but this will be the first action-thriller starring him in the lead role.
Sharing the teaser online, Aayush said, "I am thrilled to kick-start my career with this movie. This movie has been very close to my heart ever since I read the script. I am thankful to each and every member who has played their part in making this movie and I am hopeful that the audience will love it too."
Meanwhile, the makers have been trying to keep the momentum alive for the lyrical video too just as they did in the teaser release which garnered appreciation from not just fans but across the film fraternity as well.
This story is provided by ThePRTree. ANI will not be responsible in any way for the content of this article. (ANI/ThePRTree)