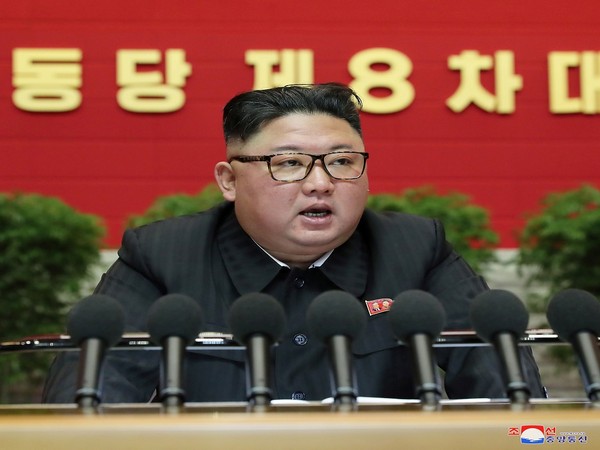 Seoul (South Korea), July 28: North Korean leader Kim Jong-un warned that South Korea's Yoon Suk-yeol government and its "military gangsters" will face annihilation should it make any "dangerous attempt" like a preemptive strike, according to Pyongyang's state media Thursday.
Kim issued the strongly worded, direct warning against the South's conservative administration, coupled with biting criticism of the United States, in his speech the previous day marking the 69th anniversary of the armistice that halted the 1950-53 Korean War. Pyongyang calls the anniversary "Victory Day" and commemorates it in a celebratory mood.
Kim mentioned South Korea's president by name three times in the address and branded its military as gangsters, citing its stated strategy to counter the North's nuclear and missile threats through the reinforcement of the so-called three-pillar system, including the Kill Chain preemptive strike capabilities.
"Such a dangerous attempt would be punished immediately by powerful forces, and the Yoon Seok-yeol administration and his military would be wiped out," he said, appearing in public for the first time in 19 days along with his wife Ri Sol-ju for the Pyongyang ceremony.
He added the North will not tolerate their behavior any more and warned that they will pay the price if it goes on.
Kim stressed that his regime is "fully prepared" for any military confrontation with the United States, as he took issue with its joint military exercises with the South.
He repeatedly boasted of the North's nuclear war deterrent and threatened to use it if necessary, although he gave no concrete clue to whether or when his secretive regime will carry out another nuclear test.
"The double standard of the U.S., which misleadingly labels all our daily actions as provocations and threats while holding large-scale joint exercises that seriously threaten our national security, is literally thug-like behavior that pushes North Korea-U.S. relations to conflict and to a point that is irreversible," he said.
The North's armed forces are fully ready to respond to any crisis and its nuclear deterrent also stands fully prepared to use its power "faithfully, accurately and swiftly" in accordance with its mission, he emphasized in the transcript of his speech released by the official Korean Central News Agency (KCNA)
On Wednesday, Kim also visited the Fatherland Liberation War Martyrs Cemetery in Pyongyang to pay tribute to the fallen soldiers during the Korean War, the KCNA reported.
Source: Yonhap