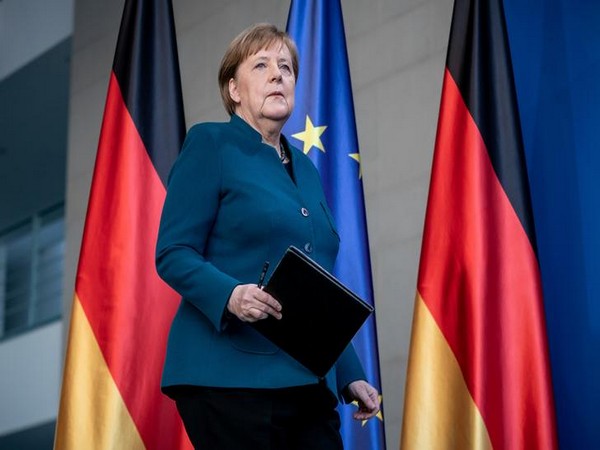 Rome (Italy), December 9: After Angela Merkel formally handed over the control of the German chancellery to successor Olaf Scholz, analysts say it will take months before it becomes clear who will replace Merkel in her other leadership role -- that of the informal leader of the European Union (EU).
Merkel served as chancellor of Europe's largest economy for 16 years before stepping down on Wednesday. She was also the de facto leader of the 27-nation European Union, helping shape European policy on an array of issues ranging from economic bailouts and efforts to create a pan-European tax policy to refugee policies and confronting the coronavirus pandemic.
"She didn't weigh in on every European issue, but there's no doubt that during most of her tenure as chancellor, Merkel provided a recognizable and predictable leadership role on a European level," Jon Worth, an author, commentator, and professor at the College of Europe in Belgium focusing on EU issues, told Xinhua.
"There is no automatic replacement for her in that role," Worth said.
Over time, Worth and other analysts said, someone else could grow into this role.
Will it be Scholz, who, like Merkel, will have Europe's largest economy behind him? Could it be France's Emmanuel Macron, head of the government in the EU's second-largest economy since 2017?
Or might Italian Prime Minister Mario Draghi, highly respected as the head of the European Central Bank from 2011 to 2019, fill the role? Could the vacuum left by Merkel's departure expand the role of the president of the European Commission, currently held by former German Minister of Defense Ursula von der Leyen?
According to Worth, Macron and Draghi are the most likely candidates. Scholz, he said, could increase his role if he first proves to be an effective German leader heading a stable coalition.
According to Raffaele Marchetti, an international relations professor at Rome's LUISS University, none of the likely candidates fit Merkel's European role easily.
Scholz is too new on the scene, he said, and Macron faces an uncertain future with national elections coming up in France in April 2022.
A similar point could be made for Draghi, who might step down as prime minister to replace Sergio Mattarella as president (Mattarella's term will conclude in late January).
Meanwhile, many analysts argue that as president of the European Commission, von der Leyen has too low a profile and has too many technical and bureaucratic obligations to assert the kind of informal authority Merkel had.
Gian Franco Gallo, a political affairs analyst working with ABS Securities in Milan and Paris, said Europe may have to move forward for a while without a figure with Merkel's gravitas.
"There's no official need for an informal leader of the European Union," Gallo told Xinhua.
"Merkel sort of created the role after a few years as chancellor, and nobody could have predicted that would happen at the start. It may be that we're back in that situation at this moment."
Source: Xinhua