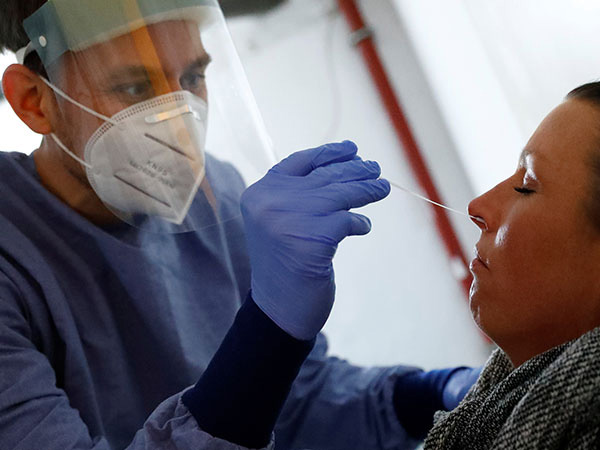 Seoul (South Korea), January 31: South Korea's new coronavirus cases fell back to below 400 Sunday, but health authorities may extend tougher virus curbs amid a continued rise in cluster infections, mostly tied to mission schools.
The country added 355 more COVID-19 cases, including 325 local infections, raising the total caseload to 78,205, according to the Korea Disease Control and Prevention Agency (KDCA).
The figure was lower than 458 cases Saturday and compared with 469 on Friday and 497 Thursday.
The tally fell back to the 300s for the first time in five days. The decline appeared to be due largely to fewer tests over the weekend.
New virus cases recently spiked again due mainly to cluster infections from unauthorized education facilities run by a local Christian missionary group, called the International Mission (IM). Cases tied to IM mission schools came to 368 as of Saturday.
Amid a flare-up in virus cases, health authorities delayed their decision on whether to extend or relax the current social distancing rules later in the day.
Since Dec. 8, the country has imposed Level 2.5, the second highest in its five-tier scheme, in the greater Seoul area and Level 2 in other regions. Bans on gatherings of five or more people have been in place almost across the entire country.
After the third wave of the pandemic peaked at a record high of 1,241 on Dec. 25, new virus infections fell to a two-month low of 346 on Jan. 22.
But health authorities appear to be wary of easing tougher virus curbs due to the latest upticks in cluster infections at religious facilities, hospitals and other risk-prone establishments.
The government said Saturday the reproduction rate of COVID-19 here recently rose above 1, which means the outbreak is spreading. The rate measures the number of people that the average patient infects.
Health authorities are also considering banning private gatherings of five or more people as Koreans will travel across the nation to meet their family members and relatives at hometowns during the Lunar New Year holiday, set for Feb. 11-14.
The country set a special two-week quarantine period that will start Monday on concerns that new infections could resurge after the holiday.
Of the newly identified local infections, 98 cases were reported in Seoul and 107 cases in Gyeonggi Province that surrounds the capital. Incheon, 40 kilometers west of Seoul, reported 19 more cases.
The country, meanwhile, added 30 imported cases, increasing the total to 6,308. Eight cases came from the United States, followed by four each from Indonesia and Mexico.
The country added six more deaths, raising the total to 1,420. The fatality rate was 1.82 percent.
The number of seriously or critically ill COVID-19 patients reached 229, down from 231 a day earlier.
The total number of people released from quarantine after making full recoveries stood at 67,878, up 757 from the previous day.
The country has carried out 5,640,820 coronavirus tests since Jan. 3, 2020. The country reported its first case on Jan. 20 last year.
Source: Yonhap