Nadal out of Madrid as Zeverev sets up Thiem semi clash 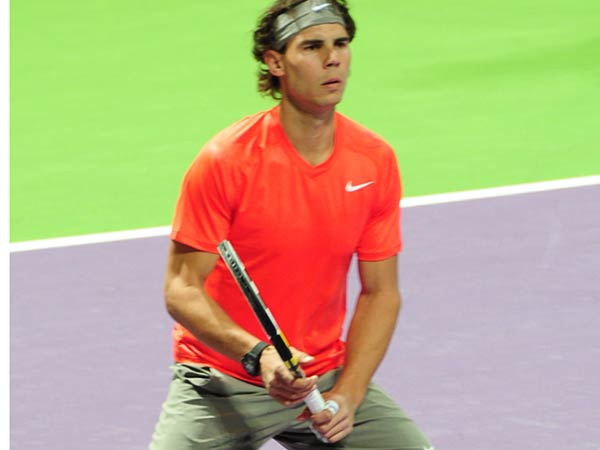 Madrid (Spain) May 8: Alexander Zverev shocked the Spanish fans on the Manolo Santana center court at the Mutua Madrid Open with a 6-4, 6-4 win against home favorite and number 1 seed Rafael Nadal in the quarterfinals on Friday.
Zverev came back from 2-4 down in the first set to take his first win on clay against the Spaniard as he hit a series of cross-court winners to drag his rival out of position.
"It is definitely one of the biggest wins of my career so far, especially on clay against Rafa. It is the toughest thing to do in our sport. Beating him in his house, in Spain, is incredible but the tournament is not over yet," said the German afterward, while Nadal lamented being unable to build on his positive start.
"I had the match under control at the beginning and I was playing well for six games, but at 4-2 and serving for 5-2, I had a disaster and playing against one of the best players of the world, under these circumstances, with this speed of the court, it's very difficult to feel confident," he said.
Zverev will face Dominic Thiem for a place in the final on Saturday. Thiem fought back from a set down to beat big-serving American John Isner 3-6, 6-3, 6-4 to set up a repeat of last year's US Open final.
Thiem was under pressure in the second set, when he was a set down and faced four break points, but he survived them all and was finally able to break Isner at 4-4 in that set to take the momentum before breaking the American again at the same stage in the decisive set.
Casper Ruud also moved into the last four with the world number 22 beating Alexander Bublic 7-5, 6-1 in an hour and eight minutes.
The Norwegian will play No.8 seed, Matteo Berrettini, who came back from a set down to beat No. 16 seed, Cristian Garin, 5-7, 6-3, 6-0 in the last match of the day.
Source: Xinhua