Lukaku returns to Chelsea, vows to live up to record transfer fee 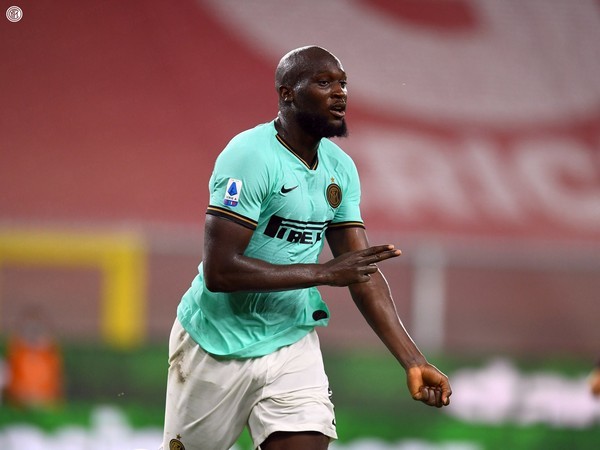 London (England), August 18: Belgian striker Romelu Lukaku has vowed to replay the 97.5-million pounds (134 million US dollar) transfer fee, which has made him the club-record signing for Chelsea.
Lukaku returns to the club he played for between 2011 and 2014 after leading Inter Milan to the Serie A title and will take the No. 9 shirt vacated by Tammy Abraham's move to Roma.
"The dream is a reality, so now I have to prove myself on the pitch," Lukaku said in his official presentation.
"Now I'm here, it's time to get to work and let my performances do the talking. This is a dressing room with personality and I am glad to be back. As a footballer, you fight to achieve your dreams. I am here now and I can't wait to be on the pitch and perform with my teammates," he said.
The forward could make his first appearance of his second stage at the club at home against Arsenal and believes that playing for Inter Milan, after also being at Everton and Manchester United in the Premier League, has added an extra dimension to his game.
"The spaces are tighter (in Italy), it's more technical and tactical, and that helped me a lot. The English game is different, but for me, it's not something new. I think I've learned much more about myself, setting higher standards."
Lukaku also praised Chelsea captain Cesar Azpilicueta, saying, "he is a great captain. When I was in quarantine (after arriving in the UK), he was already messaging me and helping me to find a house."
"He is a leader and there are many other players with a big personality in the dressing room. I am a player that likes to connect with people and make them feel comfortable to give them confidence. The players we have are worth it and they showed that last season," said the striker, who believes Chelsea's Champions League success last season shows they can challenge for the Premier League this time around. Enditem
Source : Xinuha