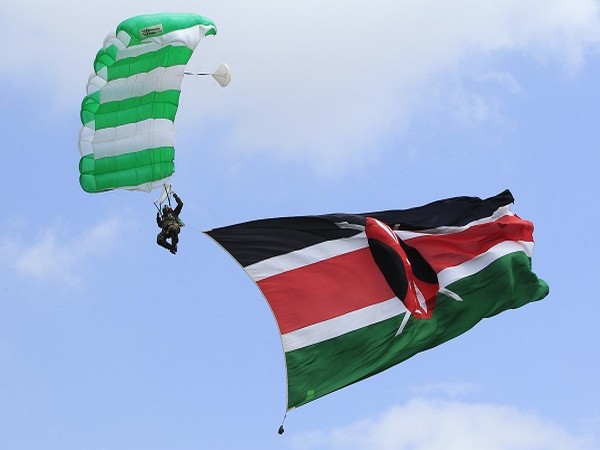 Nairobi (Kenya) July 17: Six members of Kenya's rugby women's team will be allowed to join the rest of the squad in Kurume City in Japan after being detained in Tokyo in a "precautionary holding" after one of the passengers on their flight tested positive for COVID-19.
In a statement, Olympics Kenya confirmed the six and a team official will be permitted to travel from the Japanese capital to Kurume, where the rest of the country's advance team is stationed ahead of the Tokyo 2020 Games.
Sheila Chanjira, Diana Awino, Vivian Akumu, Leah Wambui, Judith Auma and Stella Nelima were the members who came into close contact with an athlete from another country who tested positive for COVID-19 upon arrival in Japan on Tuesday.
"The team of six players and team manager CamilyneOyuayo have been held back in Tokyo as a procedural precaution after one of the passengers on their Qatar Airways flight to Tokyo from Doha tested positive for COVID-19. None of the Kenyan players and officials in Tokyo has returned positive results after being tested multiple times, testimony to the effectiveness of the team's bubble training camp at Kasarani and careful travel procedures," read the statement from the Olympic body.
Physiotherapist Samuel Kimotho, who is attached to the wider Team Kenya, was also part of the group.
The eight were held in Tokyo upon arrival as standard procedure agreed upon by the government of Japan and the International Olympic Committee (IOC).
Potential close contacts are assessed and reviewed by the Results Advisory Expert Group and will be confirmed as a close contact by the Japanese health authorities in the case of a positive COVID-19 result among a group travelling to the country.
The Kenyans who came in close contact with the case duly underwent daily nasopharyngeal - PCR (NPH-PCR) testing.
The rest of the Lionesses team, which comprises head coach Felix Oloo and seven players, namely Philadelphia Olando (captain), Cynthia Camilla, Christabel Lindo, Grace Adhiambo, Sinaida Aura, Janet Okello and Sarah BridgidOluche are already at Team Kenya's pre-Olympics training camp in Kurume City.
They held their first field training session on Thursday at the Fukuoka Prefecture Kurume Sports Centre.
Team Kenya has been travelling to Japan in small groups since July 8 under the directive of Amina Mohamed, the country's Cabinet Secretary for Sports, in order to curb mass quarantines in case of close contact with positive COVID-19 cases.
All Kenyan athletes and officials travelling to the Olympic and Paralympic Games have received two doses of COVID-19 prevention vaccines ahead of travel to Tokyo.
Source: Xinhua