India has the potential to overtake Japan, US, and China, Dr. Frank Richter tells members of Thought Leaders of India 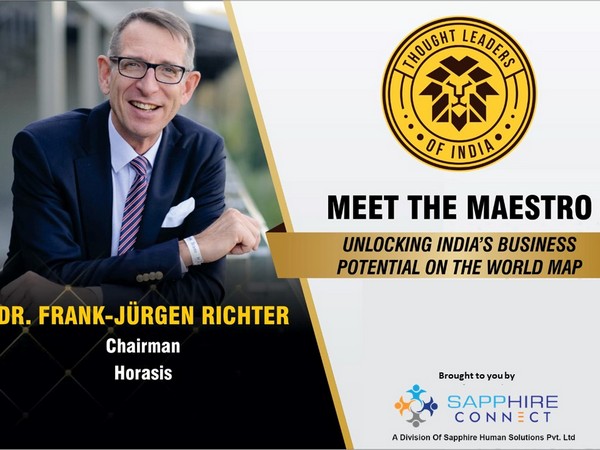 New Delhi [India], January 28 (ANI/SRV): "The world we are living in is very uncertain and the level of uncertainties is on a rise. India is like a rock in the ocean. India has been good news as it was the fastest-growing economy in the world last year and India may overtake other countries like Japan, US and finally China as it emerges as the new entrant to the global economic road," said Dr. Frank-Jurgen Richter, Chairman, Horasis while addressing the members of Thought Leaders of India (TLOI) in an exclusive virtual engagement.
Focusing on digitization, deglobalization, and decoupling as the three growth drivers, he said, "The potential of India is higher than what we see right now".
Keeping the world's economic, business, and political scene in perspective and recognizing the role of key global players in the world economy Thought Leaders of India, a business community of India's corporate stalwarts, believes India can play a major role by championing shared values and open societies. Hence, it invited Dr. Richter, one of the world's respected voices on corporate globalization and Asian business, who has influenced major business and governmental decisions with his public comments individually and through Horasis, a Global Visions Community. Dr. Richter threw light on India as a player in the world economy while speaking on the topic, "Unlocking India's business potential on the world map".
While sharing his views on India's potential he said, "Indian companies should invest more overseas and build a global presence. India so far has been mostly successful domestically - with a lot of domestic demand and maybe that was why India never looked overseas. I would encourage Indian companies to take the risk and invest overseas to build global brands in MNCs like Apple and Microsoft."
He added, "As we see the decoupling going on there are many supply chains that have to be reorganized and there is a historic opportunity for the Indian economy to step in and take over from where the Chinese are leaving. If you compare India and China in the 90's they were the same in terms of GDP and per capita but now 40 years later the Chinese GDP is 4-5 times higher. So, what really happened? The Chinese government was putting forward five years plan and even 50 years plans to develop the economy whereas India was so focused on the domestic market that the whole globalization process didn't really happen. But now is its historic chance to move in all these products that the Chinese are usually known for, especially consumer products. The world is also ready to see India in the manufacturing space and apart from IT and IT outsourcing, India should also look into the manufacturing of consumer products, machinery, and hi-tech products. Thus, decoupling is a major opportunity for India to couple and link with the rest of the world."
The meeting witnessed extensive participation from TLOI members, who also had many questions for Dr. Richter. To a question by Jairam Panch, MD, Turner India who wanted to know the future of electric vehicles and the auto industry in India, Dr. Richter said, "People have to be pragmatic in terms of green transformation from a business point of view. With so many opportunities arising it is imperative to seek top-down approach from government". It is pertinent to mention here that Dr. Richter has been personally involved in this field and has been talking about Green Innovations and the role of organizations in achieving the green revolution. Highlighting the success of Tesla, which started as a small start-up and is now ruling in the electric vehicle space, he said, "I would love to see what India has to offer in this space". Dr. Richter was of the view that India has a different framework and cannot be compared with the UK, where it is easy to stop oil & gas and use other sources of energy. "India would need to be more aggressive to reach the sustainable goals," he opined. "The upcoming budget is a major occasion to show the world that India is not only the new entrant in global economics but a new entrant in green economic growth as well".
Responding to a question of Avinder Singh, MD & CEO, Osram Lighting who wanted to understand how the world looks at our 'make in India' and 'indigenization' programs. Dr. Richter said that India is on the right track with all the programs started by the government as "they make a lot of sense". He said, "But from the perception of a foreign investor, we are optimistic as the investment into India is much less bureaucratic than before, yet it still has hurdles. With extensive paperwork, local government involvement investments do take a long time. Moreover, the strength of India lies in its states which have so much creativity but for the investors, it gets difficult as they do not know where to start and with whom to compare". 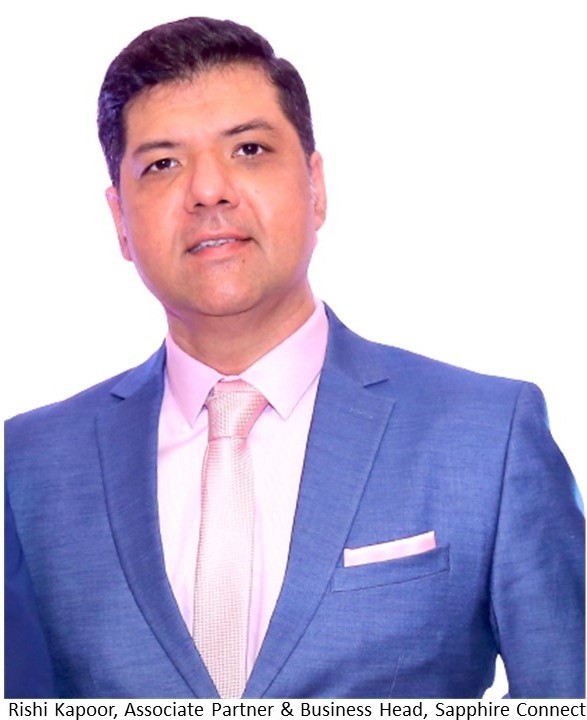 Speaking about this engagement, Rishi Kapoor, Associate Partner & Business Head, Sapphire Connect said, "In this time when the world seems shaken up by a tiny virus and the global economies are revisiting their business strategies, we, at Thought Leaders of India, are happy to seek insights from Dr. Frank Richter on India's business potential in the world."
This story is provided by SRV. ANI will not be responsible in any way for the content of this article. (ANI/SRV)