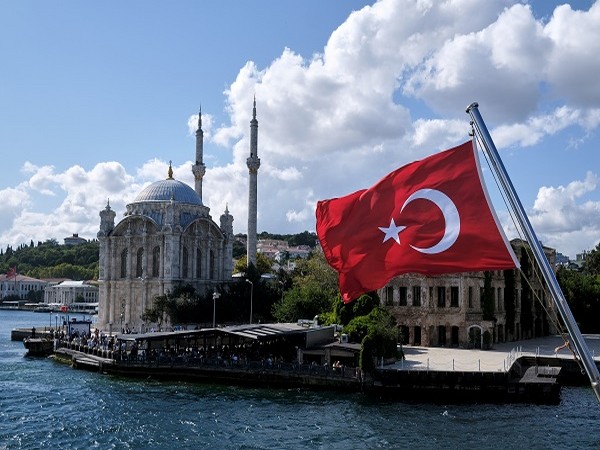 Istanbul [Turkey], May 7: The Turkish subsidiary of the Industrial and Commercial Bank of China (ICBC) was awarded the "Deal of the Year" in the Europe region by The Banker magazine, which evaluates the most valuable financial institutions around the world, the ICBC Turkey said in a press release on Friday.
The ICBC Turkey was granted the award for successfully coordinating the first syndicated loan for DenizBank to include an RMB-denominated tranche.
With this deal, the ICBC Turkey contributed to increasing "the settlement and clearing volume of RMB in import and export transactions between China and Turkey and the diversification of funding resources in Turkey," the release said.
Xiangyang Gao, chairman of the ICBC Turkey said that "being the solution partner of all institutions in Turkey and supporting the foreign trade finance needs are among the institution's most important goals."
Gao also pointed out that the ICBC Turkey will accelerate its efforts to establish stronger commercial, economic, and cultural ties between China and Turkey in the upcoming years.
Bora Bocugoz, group executive vice president of treasury, finance at private banking at DenizBank in Istanbul, told Xinhua in a recent interview that his bank sees more potential for financial cooperation between the two countries, considering their large volume of bilateral trade.
Denizbank was among the first banks in Turkey to extend loans in RMB after the signing of a bilateral currency swap agreement between the Turkish Central Bank and the People's Bank of China in 2019.
The ICBC is China's largest commercial lender, and its Turkish subsidiary was established after purchasing a majority of shares of Turkey's Tekstilbank in May 2015.
Source: Xinhua