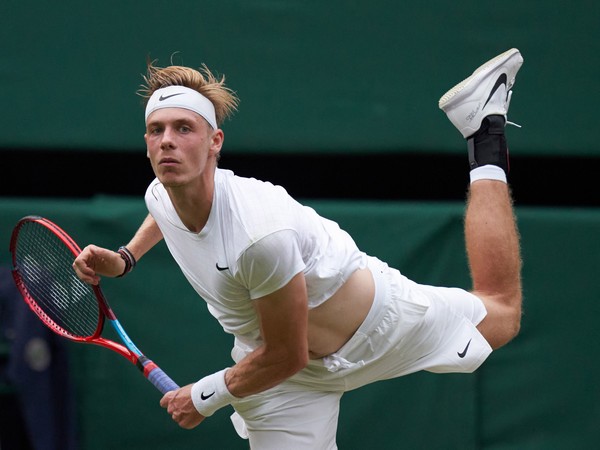 London (UK) July 3: Former champions Andy Murray and Garbine Muguruza were both ousted from the third round at Wimbledon on Friday.
Local hero Murray won the men's singles title twice in 2013 and 2016, but had been absent from the grass-court Grand Slam since 2017 due to injuries.
The 34-year-old Scot was granted a wild card for this year's tournament and reached the third round after two long matches, while his third-round opponent Denis Shapovalov had advanced much more easily thanks to a walkover with his second-round opponent Pablo Andujar.
The 22-year-old Canadian eased past Murray 6-4, 6-2, 6-2, setting up a clash with eighth seed Roberto Agut of Spain in the last 16.
"This is a dream come true for me," Shapovalov said in the on-court interview. "To play against a legend like Andy on Centre Court. He's an inspiration to many people, including me."
Murray has suffered a few setbacks since trying to return to the tour after hip surgeries. He was forced to withdraw from this year's Australian Open after testing positive for COVID-19, and quit the French Open due to feeling discomfort.
"This week has been really good in some ways, but it's been frustrating too," said Murray. "I played two long matches and it's really significantly more than anything I have done in the last six months."
"I feel like I put a lot of work into getting to this point and then obviously to lose like that is tough," he added.
"It was positive that I got through the event without getting hurt, but I feel like I can do better tennis-wise. I feel like I can play better and close matches out better."
Earlier on Centre Court, 2017 women's singles winner Muguruza was defeated by Ons Jabeur from Tunisia 5-7, 6-3, 6-2.
21st seed Jabeur will fight for a quarterfinal berth against last year's French Open champion Iga Swiatek, as the 20-year-old Pole needed only 55 minutes to beat her Romanian opponent Irina-Camelia Begu 6-1, 6-0.
Women's second seed Aryna Sabalenka of Belarus and eighth seed Karolina Pliskova of the Czech Republic both cruised into the fourth round in straight sets.
Men's singles defending champion Novak Djokovic also beat American qualifier Denis Kudla in straight sets, but the Serbian was backed into a corner many times.
"I had to slow down the pace in the game because he was really handling well the ball, the flat ball, from the back of the court," said Djokovic after his 6-4, 6-3, 7-6 (9) victory.
"I myself from the other side, I can't say that I'm too pleased with the way I performed. I felt like today I was a bit off, especially with serving," he said.
Djokovic will face Cristian Garin of Chile in the last 16.
Source: Xinhua