Flamengo rout Goias to keep in touch with leader 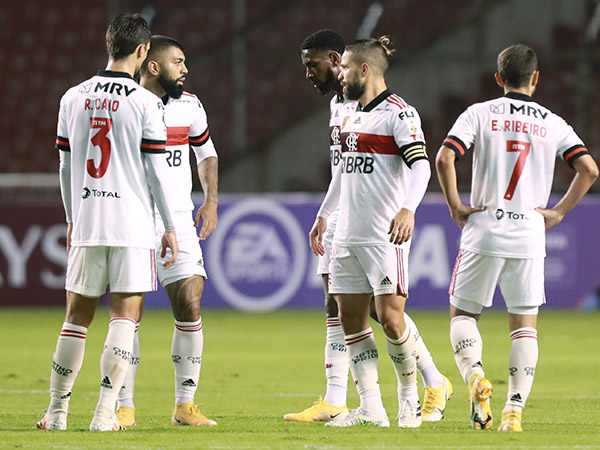 Rio de Janeiro (Brazil) Jan 19: Defending champions Flamengo moved to within five points of leaders Sao Paulo with a 3-0 win at Goias in Brazil's Serie A championship on Monday.
Giorgian De Arrascaeta opened the scoring just before halftime with a first-time strike after a perfectly weighted Bruno Henrique through ball.
Henrique was again the provider just after the hour mark when his slide-rule pass set up Gabriel Barbosa for an easy tap-in.
Pedro completed the rout in stoppage time by dribbling past David Duarte and sweeping home his 22nd goal of the season across all competitions
The result ended a run of three games without a victory for Flamengo and left the Rio de Janeiro giants fourth in the 20-team Serie A standings. Goias are 18th as their hopes of avoiding relegation fade.
Source: Xinhua