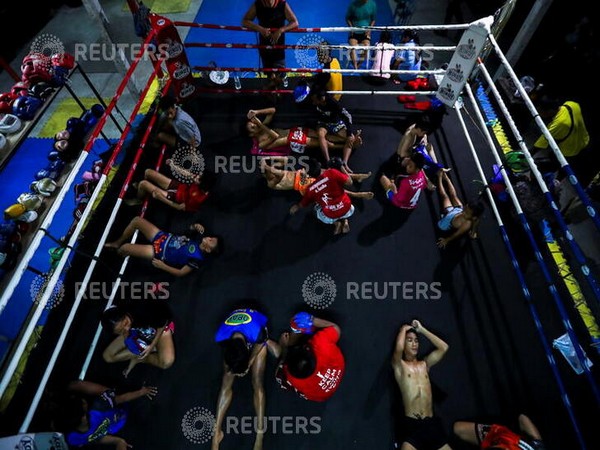 Accra (Ghana) August 20: Prince Larbie lives with his parents in Jamestown, a suburb of the Ghanaian capital, known for producing several great boxers for the West African country.
At age eight, the young schoolboy combined his education with training in fisticuffs under the tutelage of his father, Daniel Larbie, a boxing trainer at the WillPower Boxing Gym.
"I attend school at Kiddie Class Educational Center, and I am in class two. In the future, I would like to become a world champion like Azumah Nelson and Floyd Mayweather," he told Xinhua.
The older Larbie explained to Xinhua that he wanted his son to take over from him in boxing and succeed where he failed.
"Prince started boxing when he was about four or five years old. I was into boxing, but since I took a chieftaincy position in the family, custom forbids me to continue fighting. But my son wants to follow in my footsteps, so I am giving him that support," the boxing trainer said.
He added: "as a child, I watched Azumah Nelson, Ghana's former WBC featherweight and super-featherweight champion, and wanted to be like him. So now, I put all that determination, energy, and ambition into grooming my son to become a world champion."
The coach took over the gym after the owner, Napoleon Tagoe, a former World Boxing Council (WBC) International boxing champion, died suddenly in 2017.
He added that the hard-punching juvenile boxer does not fight his age mates because that could create problems. He fights people older than him, some aged 13 and 14 years, winning all 28 fights he has been in so far.
"But for boxing, Prince would have been spending his leisure time playing in the streets as other children do," the coach told Xinhua.
He added that through the help of a benevolent individual who lives in Britain, Prince secured enrollment in his current school, one of the most prestigious in the capital, and tops that up with monthly stipends for the juvenile boxer, picking his medical bills and other expenses.
Larbie said Ghana's boxing needs more support to recover its past glory.
He added that the performance of Ghana's boxing team Black Bombers at the just-ended Tokyo Olympic Games was an indication that with better support, Ghana could win more awards at future Games.
Source: Xinuha