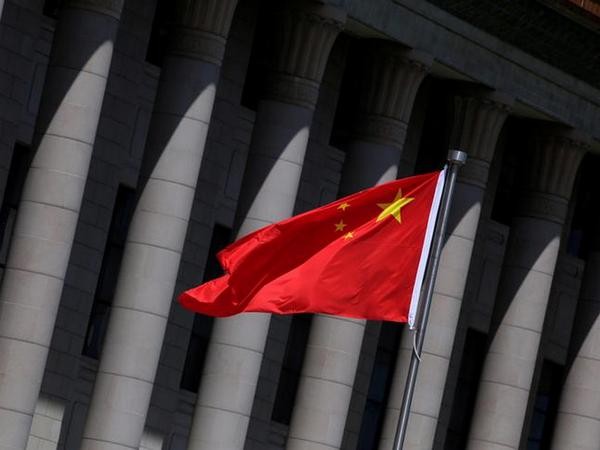 Muscat [Oman] April 29: Senior officials from China and Oman pledged on Thursday to further promote their strategic partnership and boost military cooperation.
They made the pledge during a meeting between Omani Deputy Prime Minister for Defense Affairs SayyidShihab bin Tarik Al Said and visiting Chinese State Councilor and Minister of National Defense Wei Fenghe in Muscat, capital of Oman.
Noting that Oman and China enjoy a long history of friendly exchanges, Shihab bin Tarik hailed the fruitful results of the Oman-China cooperation achieved in recent years in economy, trade, energy and other areas, adding that he believed that Wei's visit would further promote the bilateral strategic partnership.
Oman, which pursues a foreign policy of developing friendly relations with all countries and is keenly aware of the complex factors behind many hotspot issues in the region, expected China to play a bigger role in regional and international affairs, the Omani official said.
He lauded the two militaries for having carried out practical cooperation in equipment and personnel training in recent years, while calling for expanding the areas of cooperation so as to further push forward the bilateral military ties.
For his part, the Chinese defense minister said that China is Oman's sole strategic partner, which fully demonstrates the uniqueness of the China-Oman relations.
Under the guidance and care of their heads of state, China and Oman have witnessed a continuous and in-depth development in their bilateral relations, said Wei, while highlighting China's support for Oman in safeguarding national sovereignty, independence, and social stability.
He also raised concerns about the interference from certain major countries in Middle Eastern affairs, which jeopardizes the stability and security in the region.
China appreciates Oman's unique and positive role in promoting the political settlement of regional issues, said Wei, adding that China stands ready to work with Oman to enrich the bilateral strategic partnership and expand friendly cooperation in all areas.
Calling the Omani military an important cooperative partner of the Chinese military, Wei said that the Chinese military is willing to work with its Omani counterpart to raise the level of cooperation in joint drills, military technology, logistics support, and personnel training.
Also on Thursday, Wei held meetings with Omani Minister of the Royal Office Sultan bin Mohammed al Nomani and Foreign Minister SayyidBadr Hamad al-Busaidi, during which the two sides had in-depth exchange of views on the regional and international security situations, bilateral military ties, and the Ukraine issue.
Source: Xinhua