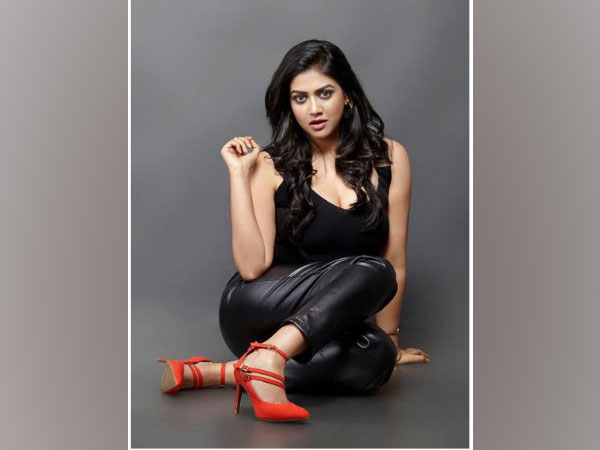 New Delhi [India], November 24 (ANI/ThePRTree): Actor Ragini Sutradhar is all set for the shoot of her upcoming Telugu movie titled 'Bail Pass.'
The movie is produced by Universal Brothers Group Production House and has a long ensemble star cast such as Hari Vishnu, Satya Raj, Jaggpati Babu, Antony, Nassar, Parsad alongside Ragini Sutradhar in prominent leadership roles.
Currently, Ragini is busy shooting in Dubai, UAE for her upcoming Bollywood Project. She will be seen working opposite Rony Singh in the much-awaited music video. The actress will commence the shoot for her Telugu movie once she is back in India. Ragini also seems excited about the film and is leaving no stones unturned. She has decided to take training and Telugu learning classes to make her character look more realistic and to connect with the Telugu audience.
The whole team of the project has also planned to organize a 'Mahurat' before the shooting in Hyderabad commences. As per the team, they would also shoot some of the significant scenes of the movie in the beautiful Northern State of Uttar Pradesh. Known for her roles in regional cinema in films like Hari Om Hari, Khayyum Bhai, Mu Eka Tumara, and Dekha Hela Prema Hela, Ragni has indeed made a name for herself in the industry with her choice of films and her stellar performance. To her credit, she has also worked in Bengali and Odia films as well.
Talking about her much-awaited movie Ragini Sutradhar says, "I am all excited for this big project and I cannot wait for the shoot to start. From watching Telugu movies to getting this big opportunity to work on such a grand project, this is truly a dream come true for me. I hope I will be able to do justice to my role and people love my work."
The story of the movie is written by Vijay Mallya and the movie will be directed by Abhilash Gupta and will be released in several languages like Hindi, Tamil, Malayalam apart from Telugu. As per the team, the movie will have a mega release and will be released in over 4000 screens across India. Apart from Bail Pass, Ragini Sutradhar also has an Odia movie in her pipeline.
This story is provided by ThePRTree. ANI will not be responsible in any way for the content of this article. (ANI/ThePRTree)