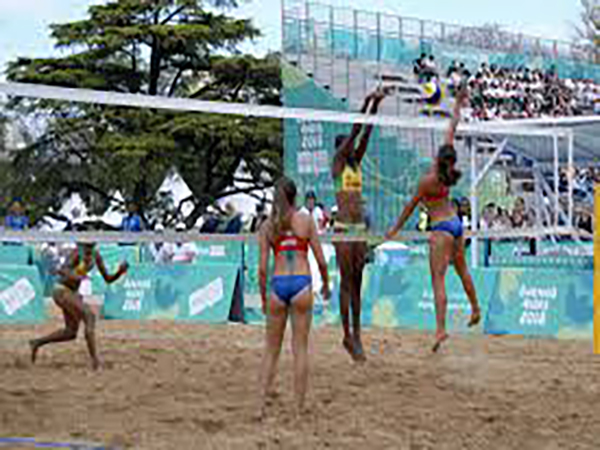 Beijing (China), January 16: Beach Volleyballer Xue Chen, who was listed on the Roster 100 of Volleyball World with her partner Zhang Xi, told Xinhua that it was a nice surprise to to be selected.
Starting last December, the Roster 100 list presented by Volleyball World features one hundred key players and teams that have influenced and enraptured the volleyball world with their achievements and stories over the years spanning from 2010 to 2020.
In an article titled "Xue Chen and Zhang Xi celebrate seven glorious years in beach volleyball" posted by Volleyball World, the website described the duo who won the 2013 FIVB Beach Volleyball World Championship as a "genuine top team" at that time.
"From 2006 to 2013, Xue Chen and Zhang Xi stepped up with stellar performances for China and showed the world that they were truly a world-class team," it wrote.
"Xue was my partner for seven years and those were the most important and most remarkable years of my life. We have a lot of good memories on and off the court because she is the kind of partner who always inspires and teaches you to live in the moment," Zhang told Volleyball World.
"I really felt surprised when Volleyball World told us at first, the sport developed so fast, so I didn't think we were the influencers in the past ten years," Xue told Xinhua.
"I want to express my gratitude to Volleyball World, they wrote a good and true story about me and Zhang. That's interesting that I can look back at the experience from Zhang's angle," she said.
Xue also shared her regrets en route to the 2013 championship win, as she didn't realize the significance of the title.
"We both kept a low profile after the win, at that time we thought the title made no difference with others, but actually we were China's first pair to win the championships and the first in Asia as well," Xue recalled.
"We should have promoted the achievement to earn more attention," she joked.
Despite Zhang's retirement a couple of years ago, Xue continued her career with different partners.
"Thanks to my family and fans for their supports, I will march forward with my original intention," Xue vowed.
Xue now is in the city of Sanya, south China's Hainan Province, for the winter training session.
"I try my best for the preparation, hope to see everyone in Tokyo!" Xue exclaimed.
Source: Xinhua