Bangladesh's forex reserves enough to cover up to 9 months of imports: PM 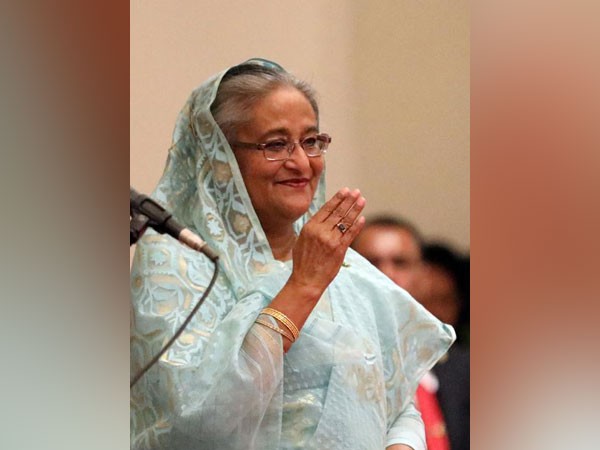 Dhaka (Bangladesh), July 28: Bangladeshi Prime Minister Sheikh Hasina on Wednesday said the South Asian country would be able to meet 6-9 months of import expenditures with the existing foreign currency reserves.
"We have money in our hands to import food grains and others (essential items) for at least three months during any crisis. We'll be able to import food for six to nine months, not for only three months, with the reserve that we have now," she was quoted by Bangladesh's leading private news agency UNB as saying.
Addressing a program in Dhaka through a virtual platform from her official residence Ganabhaban, the prime minister said that despite having enough foreign exchange reserves, the government will have to take steps to grow more crops in order to save the foreign currencies and keep the forex reserves for any emergency.
Her remarks came amid the local media reports that Bangladesh has sent a formal request for loan to the International Monetary Fund (IMF) in efforts to combat the ongoing financial volatility.
The exchange rate of the U.S. dollar in the country's kerb market hit a record of 112 Bangladeshi takas on Tuesday.
Bangladesh's foreign exchange reserves on July 13 fell to below 40 billion U.S. dollars for the first time in two years, due largely to higher import bills and the taka's weakness driven by the dollar's broad surge in recent months.
The country's forex reserves surpassed the 48-billion-dollar mark in August last year, the highest ever in history, due to a slowdown in imports and rising remittance and export earnings during the COVID-19 pandemic.
In its bid to boost shrinking forex reserves, the Bangladesh Bank (BB) in recent months has taken various measures including relaxing rules to woo more remittances from millions of Bangladeshi people living and working abroad.
The central bank has said the main objective of the latest half-year monetary policy is to "pursue a cautious policy stance with a tightening bias to contain inflation and exchange rate pressures while supporting the economic recovery process."
Source: Xinhua