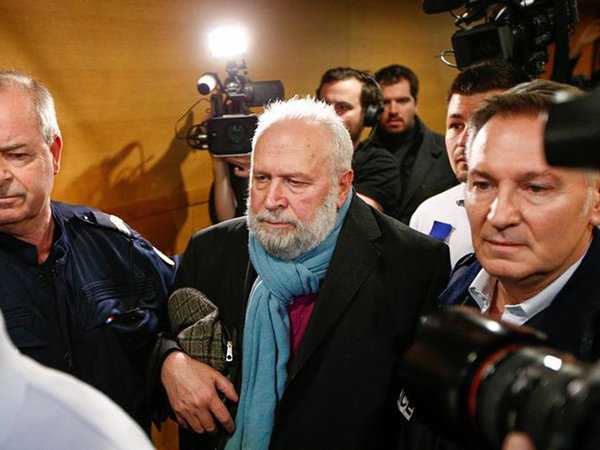 Paris (France) Jan 14: A trial of a former Catholic priest accused of sexually abusing 75 boy scouts was postponed in Lyon on Monday because of a strike by lawyers involved in the case.
Bernard Preynat, charged with sexual assault of 10 minors between 1986 and 1991, could face up to 10 years in prison if he is convicted.
The trial, which was initially scheduled from Monday to Friday before the Lyon Criminal Court, will be delayed until Tuesday as lawyers strike against President Emmanuel Macron's pension reforms.
Postponed to Tuesday
Serge Deygas, President of the Lyon Bar, appeared in court to demand that the week-long trial was postponed, a request that was supported by lawyers for the civil parties.
But most of the latter only asked for a one-day postponement so as not to make the alleged victims of 74-year-old Bernard Preynat wait any longer.
"I propose a middle way: receive the referral request, but only until tomorrow. In four days, we will have time to calmly examine this file," lawyer Nadia Debbache said to local press.
President Anne-Sophie Martinet has agreed to "suspend the trial until tomorrow (Tuesday) morning for four-day debates". Which she says "should" be enough.
Yves Sauvayre, one of the victim's lawyers, told Euronews his client was aware this day would be delayed.
"He took it relatively calmly", Sauvayre said. "As long as it concerns only one day, the rest of the trial won't be impacted."
Sauvayre initially thought a five-day trial was too long, he said.
"Even if there are 10 victims to hear, four days for a trial where the facts are known is long enough in itself."
However, if lawyers were to keep postponing the trial, it "might be more complicated," he concluded.
30 years after the facts
Preynat used to officiate as a vicar-chaplain scout at Sainte-Foy-Les-Lyon, in Lyon suburbs, between 1971 and 1991.
Ten minor victims at the time of the events took legal action, in addition to a handful of associations and the support group for victims of Preynat, La Parole Liberee.
The plaintiffs, scouts aged 7 to 15 at the time, accuse the ex-parish priest of a range of sexual offences. The 74-year-old has since been defrocked.
Preynat's indictment dates back to January 27, 2016, and he is also accused of abusing dozens of others in the 1970s and 1980s, but those alleged incidents happened too long ago to prosecute.
"I have heard the suffering of these people, which I'm guilty of causing. I hope that this trial can unfold as quickly as possible,'' Bernard Preynat told the court after the judge announced the trial would be delayed until Tuesday.
Preynat admitted in the 1990s to abusing 75 boys in total, but was only removed from the priesthood last year. The church defrocked him in July, after French Cardinal Philippe Barbarin was convicted of covering up Preynat's actions.
Source: Euronews