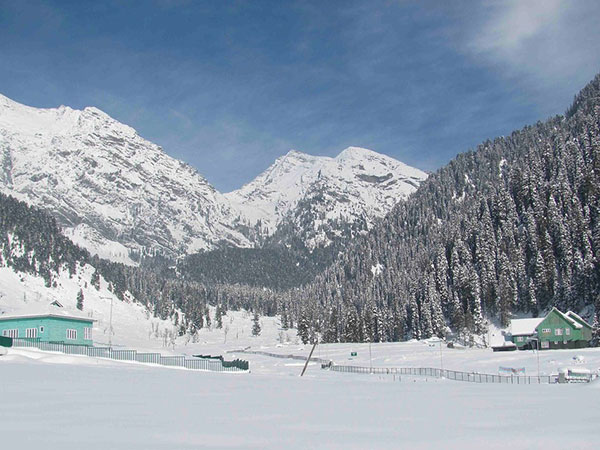 Kathmandu (Nepal) September 11: After scaling 11 mountains above 8,000 m in just over four months, former UK's Special Forces member Nirmal 'Nims' Purja reached the base camp of the world's eighth highest mountain in western Nepal to begin the last phase of his ambition to speed climb the world's 14 highest mountains in just seven months.
"The team of Project Possible led by Purja is now at the base camp of Mt Manaslu (8,163 m)," base camp officials told THT.
Before heading for Samagaun, Purja (35), who has already set multiple records in mountain climbing, said that he would attempt to climb Mt Manaslu and Mt Cho Oyu in Tibet by the end of September.
Purja has to climb Mt Manaslu, Mt Cho Oyu and Mt Shishapangma by this November to complete his third phase of the Project Possible. As China has reportedly closed Mt Shishapangma this year, Purja wanted the government to lobby with the northern neighbour to secure him a climbing permit at the earliest. "High-level bilateral talks are underway to open Shishapangma for climbing this year," a senior official at the Ministry of Foreign Affairs told THT.
Purja, who has spent 16 years in the British Army, said that he wanted to establish a paradigm shift in the perception of human potential by climbing all 14 mountains in seven months. "During the journey of project, I have also been involved in four unplanned rescues in the high Himalayas," he informed.
The former British soldier was the first Gurkha to join the elite Special Boat Service and has already three World Records for speed climbing to his name.
Purja, a permanent resident of Myagdi, is the first Gurkha to climb Mt Everest while serving the British Military and a current holder of multiple World Records for the fastest ascent of double and triple header mountains in the higher than 8000 m category.
Purja also quit a prestigious job in the British Army to break more boundaries and help others move forward in their lives, realise their dreams and exceed the limitations. Purja had already re-mortgaged his Hampshire home to collect the fund for the 'Project Possible'.
"I want to promote the homeland of the Gurkhas among the 8,000 m mountains and also promote tourism with the Visit Nepal 2020 campaign," Purja said, adding that he wanted to give back and showcase the abilities of Nepali climbers - not just as supporters of Western mountaineers, but as brilliant mountaineers in their own right.
Purja's Speed Records
Scaled most 8000ers in one season (Spring): 6 (Annapurna, Dhaulagiri, Kanchenjunga, Everest, Lhotse and Makalu in 31 days)
Summited most 8000ers in one season (Summer): 5 (Nanga Parbat, G1, G2, K2 and Broad Peak in 23 days)
Fastest time to summit top 3 highest mountains in the world
Fastest time to summit top 5 highest mountains in the world
Fastest time to climb Everest, Lhotse and Makalu: 48 hours
Purja's Summit Success
Broad Peak - July 26
Mt K2 - July 24
Gasherbrum II - July 18
Gasherbrum I - July 15
Nanga Parbat - July 03
Mt Makalu - May 24
Mt Everest - May 22
Mt Lhotse - May 22
Mt Kanchenjunga - May 15
Mt Dhaulagiri - May 12
Mt Annapurna - April 23
Source: The Himalayan Times