Neeraj Chopra looking to give his absolute best in Asian Games 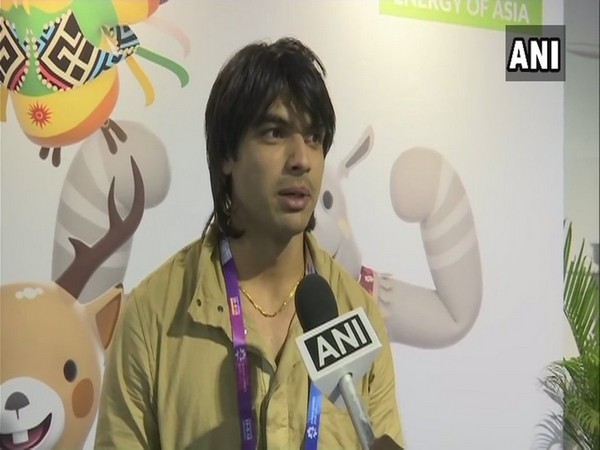 Jakarta [Indonesia], Aug 18 (ANI): Javelin thrower Neeraj Chopra, who is named as the flag bearer of the Indian contingent by the Indian Olympic Association (IOA) for the 18th edition of the Asian Games, has said that he is not keeping himself under pressure and is only looking forward to give his absolute best in the prestigious quadrennial event.
Speaking to ANI, Chopra said, "I am very happy that I have been given the opportunity as the flag bearer for the Indian contingent. I am thankful to the IOA that I have got this opportunity. I have worked hard and will try to give my best show at the Games. I am not putting myself under any kind of pressure like of winning medals or to mark more distance."
Meanwhile, Chopra also expressed his grief over the demise of former prime minister Atal Bihari Vajpayee."Vajpayee ji was a great man and his death is a big loss to the entire nation. We pray from the bottom of my heart that his soul may rest in peace. Through this platform, we all athletes will pay tribute to him," the javeline thrower, who recently bagged a gold medal in Sottevile Athletics meet in France, said.
Vajpayee, who was India's 10th prime minister, passed away on Thursday at the age of 93 following a prolonged illness. He was cremated with state honour at the Smriti Sthal in New Delhi on Friday.
India will see participation from 572 athletes in 36 different sports categories in the prestigious event. The Asian Games will begin on Saturday and continue till September 2 in the Indonesian cities of Jakarta and Palembang. (ANI)