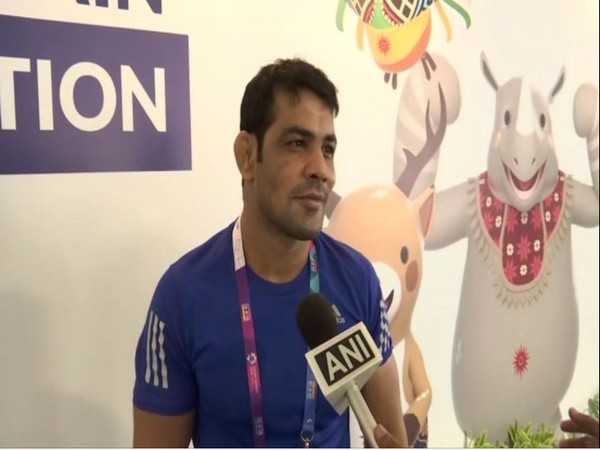 Jakarta [Indonesia], August 18 (ANI): Star wrestler Sushil Kumar has said that Javelin thrower Neeraj Chopra, who will be the flag bearer for the Indian contingent at the 18th Asian Games, is the future Olympian and has got the calibre to win a medal for the country in the prestigious tournament.
Speaking to ANI, the wrestler said, "He (Neeraj Chopra) is our future Olympic champion. Chopra has got the calibre to win an Olympic medal, which this country is dreaming of, for a long time."
The 35-year-old also extended his good wishes to Chopra ahead of the Asian Games opening ceremony, where he will be leading the Indian squad.
Reflecting on his own preparation ahead of the event, Kumar said that he has been trained well and is ready to give 100 per cent for his country.
"The way I have been trained, I will try to give my 100 per cent and do well for the country," Kumar said.
He further stated that after the Asian Games, he would keep on participating in various wrestling events to prepare himself for the 2020 Tokyo Olympics.
India will see participation from 572 athletes in 36 different sports categories in the Asian event.
The Asian Games, which began on Saturday, will continue till September 2 in the Indonesian cities of Jakarta and Palembang. (ANI)