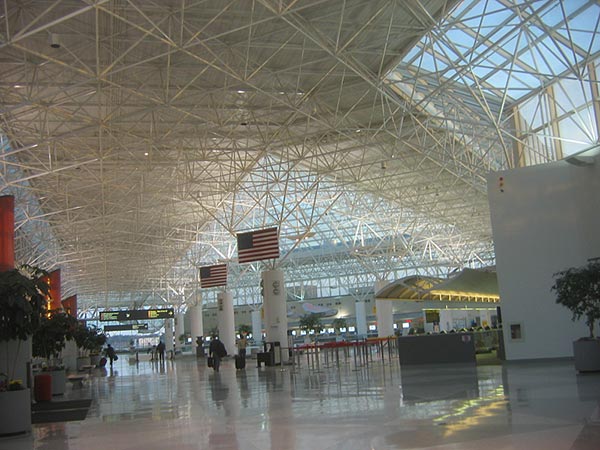 Washington DC (USA) Dec 4: Maryland authorities successfully intercepted a COVID-positive passenger from boarding a flight on the Tuesday before Thanksgiving.
The incident was confirmed by state law enforcement on Wednesday, according to FOX 5 DC. A 9-year-old boy and mother were stopped from boarding a flight to Puerto Rico after health department officials notified the Maryland State Police of the child's coronavirus test result.
Sgt. Travis Nelson told Fox News that a local County health department contacted the Maryland State Police to ask for the agency's assistance in locating the mother and son Baltimore/Washington International Thurgood Marshall Airport.
"At three o'clock, they were going to potentially board a plane ... that was set to depart at 4:15 p.m.," Nelson explained in a phone call. "So, we contacted the state law enforcement agency that is at BWI Airport and that aid gave them, you know, kind of the names of the individuals and what flight they may be trying to get onto.
Within 45 minutes the pair were found and notified. The mother received a legal quarantine order while her son received a legal isolation order, which can be issued by health officers.
"It was just kind of a win in terms of how quickly we could get that type of message and that material in the hands of somebody on the street to prevent a super spreader event from occurring," Nelson shared. "The coordinated effort of all the agencies that allowed that to occur and keep the positive child from boarding a plane to Puerto Rico and potentially exposing everybody."
It is believed that the mother did not know her son had tested positive. They were both sent back home and reportedly complied with check-ins from the health department. Legal action was not needed in this circumstance.
However, people who travel while knowing they have tested positive for COVID-19 can be charged with reckless endangerment in some cases, according to Nelson. Violating legal quarantine or isolation orders could also result in an arrest or additional charges.
A couple from Hawaii recently learned this the hard way after they boarded a United Airlines flight from San Francisco to the island of Kauai after they tested positive. The couple was arrested by the Kauai Police Department for reckless endangerment and posted bail that was set at $1,000 each.
Source: Fox News