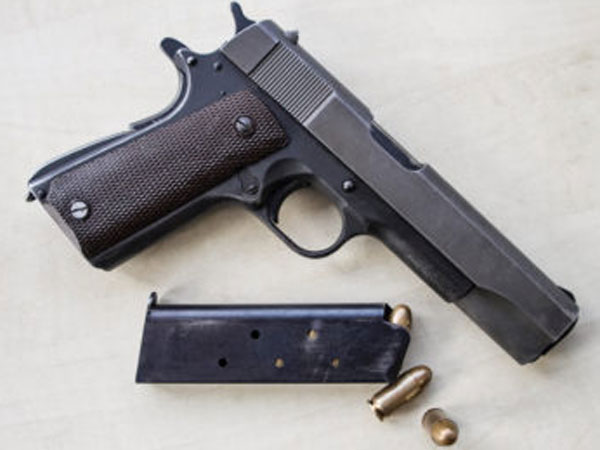 Richmond [USA] September 1: A Fredericksburg man was arrested Thursday at Richmond International Airport after a loaded handgun was found in his carry-on luggage.

The .380-caliber handgun was identified by the X-ray at the security checkpoint.

The gun is the ninth that has been confiscated at the airport this year. In 2017, 18 guns were confiscated by TSA at security checkpoints in Richmond.

Nobody was injured in the blaze, but three people were checked for possible smoke inhalation, Richmond Fire Department Chief Adrian Sheppard said. All three - two of the residents and one of the neighbors - proved to be OK, he said.

Firefighters battled the blaze for a little longer than an hour, finally bringing it under control at 1:06 p.m., Sheppard said. Crews were dispatched to the two-story house in the 200 block of South 47th Street just before 10 a.m.

Start your day with the news you need from the Bay Area and beyond.

The first firefighters to arrive saw flames and smoke coming from the garage and the second floor of the house, Sheppard said. They immediately called for a second alarm, because other homes on the streets were so close to the flames, he said.

The Red Cross worked with the residents to provide them housing for the next 72 hours. The house is salvageable, Sheppard said, but not for a significant amount of time.