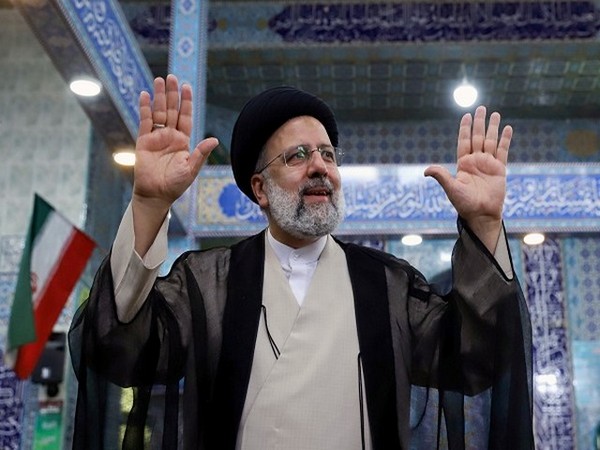 Tehran [Iran],November 21: Iranian President Ebrahim Raisi on Sunday slammed the United States, France and a number of other European countries for "flagrantly" supporting "terrorists and rioters" in Iran, warning that backing terrorism is definitely not going to be in their interests.
Making the remarks at a cabinet meeting, Raisi said "the enemy" attempted to disrupt Iran's advancements by dealing blows to the country's security and economy as well as education and production sectors, according to the website of the Iranian president's office.
He ordered the foreign ministry to take necessary measures through diplomatic and legal channels to "neutralize and confront" the seditions designed and instigated in the country from abroad.
Expressing deep regret over the killing of the Iranian children, women, men and security forces by "rioters" over the past days, Raisi called on the related apparatuses and organizations to promptly take firm actions against the mutineers and prevent "terrorists and rioters" from harming people's lives and property.
Protests erupted in Iran after 22-year-old Mahsa Amini died in a Tehran hospital a few days after she collapsed at a police station in September. The Iranian government blames the United States and some other states for "inciting riots and supporting terrorists" in the country.
Source: Xinhua