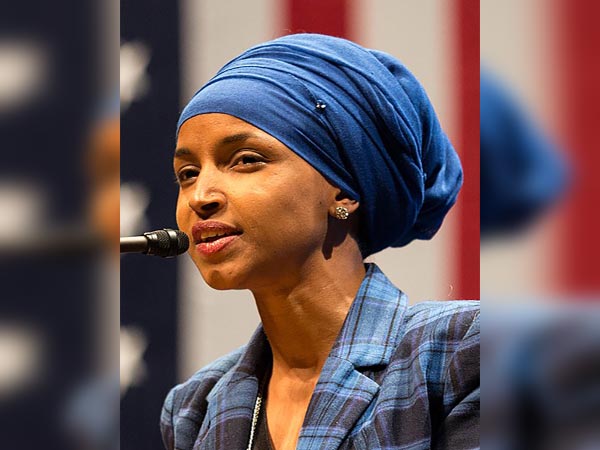 Washington DC (USA) Dec 4: Democratic Minnesota Rep. Ilhan Omar's campaign paid her husband's media firm an additional $138,000 before severing ties following her successful re-election, federal campaign finance filings show.
Omar's husband, Tim Mynett, raked in millions during the 2020 campaign season from Omar's campaign through his firm, the E Street Group LLC.
The E Street Group's latest payments were for $110,000 in digital advertising split among three payouts, $5,000 for digital consulting, $12,000 for fundraising consulting and another $11,118.25 for digital and literature production between Oct. 26 and the day after Election Day, according to the filings.
Omar pledged in mid-November that she was cutting ties with the firm, and the payments were made before that, although they were not made public until the latest Federal Election Commission filings were released Thursday.
The new payments are on top of another nearly $2.8 million her campaign already paid her husband's firm.
Before their marriage in March, Mynett's firm already was doing work for Omar's campaign, and has been paid more than half a million dollars.
She said in a campaign email on Nov. 15 that she was cutting ties with the firm to put an end to questions about the connection between her campaign and his business. She has in the past denied any wrongdoing.
"Every dollar that was spent went to a team of more than 20 that were helping us fight back against attacks and organize on the ground and online in a COVID-19 world," Omar wrote in the email. "And Tim - beyond his salary at the firm - received no profit whatsoever from the consulting relationship the firm provided."
The Minnesota congresswoman also defended her expenses on Twitter, writing that her relationship with her husband began long after her campaign started working with his firm and that he has been an expert in the field for years.
"We consulted with a top FEC campaign attorney to ensure there were no possible legal issues with our relationship," she wrote. "We were told this is not uncommon and that no, there weren't."
A 1960 statute prohibits members of Congress from hiring their relatives for government jobs - but not for campaign work, Richard Painter, a former chief ethics lawyer from George W. Bush's administration previously told The New York Post.
Omar previously has been faulted for campaign finance issues, but they were unrelated and involved far less cash.
When she was a member of the Minnesota House of Representatives, she was ordered to reimburse her campaign $3,000 and pay a $500 fine for violating state regulations.
Source: Fox News