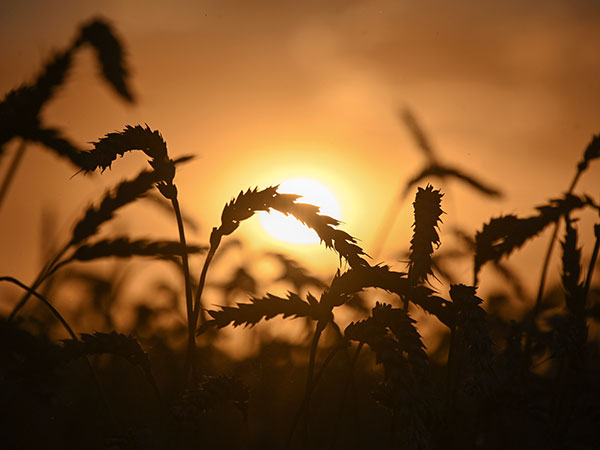 Islamabad (Pakistan) October 20: Caught between political and economic compulsions, a special meeting of the Economic Coordination Committee (ECC) of the cabinet struggled to fix minimum support price (MSP) for the upcoming wheat crop and constituted a subcommittee to evaluate the proposal seeking a 25 per cent increase in the support price.
Informed sources told Dawn that senior members of the cabinet opposed the increase in MSP from Rs1,400 to Rs1,745 per 40kg as proposed by the Ministry of National Food Security and Research (MNFSR), saying it was not the right time from a political angle.
"The opposition is on roads and not only wheat price but overall rate of inflation is already very high," an official said, adding that estimates suggest about 1.5pc increase in the overall inflation because of a 5pc rise in wheat support price.
The wheat/flour prices have already increased by almost 50pc under the current government.
Also, Sindh, which is the second largest wheat producer, has not yet conveyed its proposed support price for the commodity. Punjab - the largest wheat producer - has proposed Rs1,650 per 40kg. The two smaller provinces in terms of wheat production - Khyber Pakhtunkhwa and Balochistan - have proposed Rs1,800 and Rs1,745 per 40kg, respectively, as support price for wheat crop 2020-21.
According to an official statement, the ECC meeting presided over by Adviser to the Prime Minister on Finance and Revenue Dr Abdul Hafeez Shaikh had a detailed discussion on MSP for wheat. The MNFSR briefed the ECC on different estimates gathered from Punjab, KP, Balochistan and the federal capital. During the discussion, some members pointed out that there was a need to increase MSP to support farmers and grow enough quantities during the next sowing season.
The meeting also discussed the need to rationalise the prices of inputs for making them more affordable to the farmers, support the rural economy through various measures and increase the supply of wheat to the market so that flour prices could be brought down. The meeting also noted the need to have a better system for gathering data regarding the agriculture sector as the MNFSR struggled to respond to observations regarding the impact of MSP to bring additional areas under cultivation, higher yield and flour prices.
Therefore, the ECC formed a committee comprising Syed Fakhar Imam, Dr Hafeez Shaikh, Dr Ishrat Hussain, Dr Waqar Masood Khan, Nadeem Baber, Abdul Razak Dawood, Asad Umar and Khusroo Bakhtiar to thoroughly evaluate the proposal seeking an increase in MSP for the 2020-21 wheat crop.
The committee will also prepare a proposal on subsidy on fertilisers, mainly DAP, which may be offered as a part of the package for farmers so that their input cost could be reduced and made reasonable. It was also decided that the provinces would be asked to increase wheat releases to stabilise and reduce the price of flour in the market.
The meeting also decided that the local governments would be directed to specially monitor the prices of wheat and flour in markets so that their prices could not increase for the common man. The committee will present its proposal at the next ECC meeting.
The ECC had last week decided to have a dedicated session on wheat support price for which the special meeting had been called on Monday instead of its routine sessions on Wednesday. It was noted by some members last week that a belated decision on support price, coupled with a small increase of Rs50 per 40kg last year, was one of the key reasons behind lower than targeted wheat production, leading to shortages and smuggling of stocks to neighboring countries.
On the other hand, India recently set wheat support price at about Rs1,950 per quintal (Indian rupee per 100kg) that in comparison worked out to be around Rs1,750 per 40kg in Pakistan. Similar prices in both countries provide a stability factor in the market.
Wheat flour prices have increased by almost 55-60pc over the past year even though the government has been allowing tax and duty-free wheat imports both through public and private sectors.
The ECC also approved, in principle, the procedure for registration under the concessionary regime of electricity, RLNG and gas under the export-oriented sectors (erstwhile zero-rated sectors) with instructions to ensure better targeting of the recipients of this subsidy.
The meeting decided that the previous list of manufacturers or exporters declared zero-rated by Federal Board of Revenue (under condition (xii) of the SRO 1125) may be adopted in the export-oriented sectors. The FBR may register new manufacturers or exporters of five export-oriented sectors (erstwhile five zero-rated sectors) in accordance with past precedents of STGO-117, under commerce division's O.M No.1 (18)/2019, in a manner specified by the FBR.
The meeting directed the FBR, petroleum division and power division to formulate periodic rechecking, monitoring and withdrawal strategy for previous and newly registered units, along with procedure to penalise in case of misrepresentation and misuse.
Source: Dawn