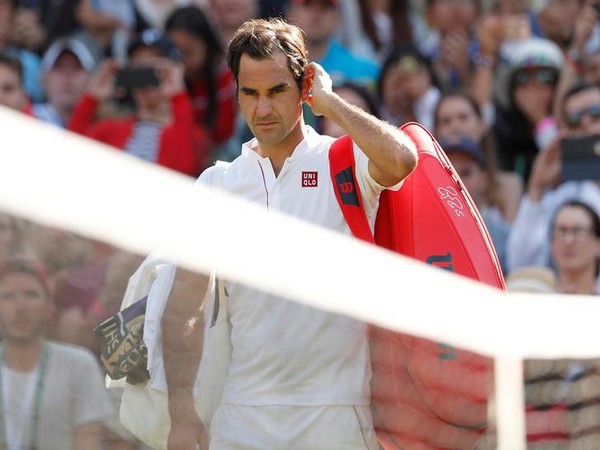 Cincinnati (Ohio) [U.S.A], August 18 (ANI): Twenty-time Grand Slam champion Roger Federer edged past Swiss tennis player Stanislas Wawrinka to enter the semi-final of the ongoing Cincinnati Open here on Saturday.
The 37-year-old thrashed Wawrinka 6-7(2), 7-6(6), 6-2 to continue with his impressive record against the fellow countryman.
Reflecting on the loss, Wawrinka said that he is happy to play a high-level tennis and further asserted that he needs to keep improving his game.
"For sure it was a great level. I think I'm playing great in general. I'm playing better every day, every week. Last week was really important and really good for myself, for my tennis, for my confidence.. I'm happy to see where I am right now. I had a tough match last week against Rafa. Close match, also. Today was against Roger. They are No. 1 and No. 2 in the world. I beat Schwartzman, I beat Nishikori, so the level is good," ATP website quoted Wawrinka, as saying.
"I need to keep improving, keep working, keep doing the right thing and keep pushing myself. For sure tonight I'm sad and disappointed to lose, but for me it's a big victory for myself after what I had last year. It was exactly one year ago. To see where I was also few weeks ago, I'm really happy to be here," he added.
In other matches of the day, former world number one Novak Djokovic defeated Milos Raonic of Canada 7-5, 4-6, 6-3 to book a spot in the semi-final of the tournament.
While Djokovic will take on Marin Cilic of Croatia in the semi-final match, Federer will face Belgian tennis player David Goffin in the last-four clash. (ANI)