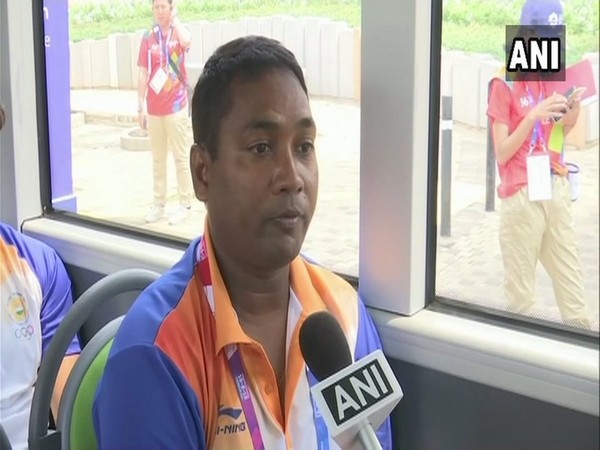 By Nitin Srivastava
Jakarta [Indonesia], Aug 18 (ANI): Just a few hours before the commencement of the 18th Asian Games in Jakarta, Indonesia, the members of the Indian compound archery team have expressed confidence of defending the gold medal at the prestigious quadrennial tournament.
Speaking to ANI, coach Lokesh Chand said that the team have undergone rigorous practice in last few months and that they have a great chance of clinching a medal.
"We have undergone rigorous training for this competition in the last four to five months. We have been the defending champions last time. So we have good chances. We will definitely give our best," he said.
Chand also lauded the performance of the women's archery team in past few months while also showering praises on the mixed and men's teams as well.
Talking about the challenges the teams are likely to face against countries like China, Japan and Korea in the event, Chand elucidated, "If we talk about Asia, it is good (for the archers) to perform here (in the Asian Games). The beauty of archery is that there is no second challenge. You have to challenge yourself. If we perform well, then nobody else would challenge you."
Meanwhile, Jyoti from the women's archery team underlined the importance of coordination amongst team members to perform well in the competition.
She told ANI, "We won the bronze medal last time in the team event. We will do well and win gold this time. Coordination is very important. The team members have to coordinate with each other. We have been performing well in recent times and want to replicate the same performance here (in the Asian Games)."
Abhishek Varma of the men's archery team also shared his views on the challenges the contingent would likely to face in the competition.
He told ANI, "In the compound category, if you see scores, high scores are important and margin (of error) is very less. Even if there is a difference of one or two points, the game changes. It will be tough. We are all ready for the challenge. Our only motive is to win (gold) medal. It's a different feeling."
The compound events are slated to take place in Jakarta from August 22 to 28. The Asian Games would begin today and will go on till September 2 in the Indonesian cities of Jakarta and Palembang. (ANI)